Skip to Content
Home Uncategorized AN EVENING WITH BOBBY RUSH 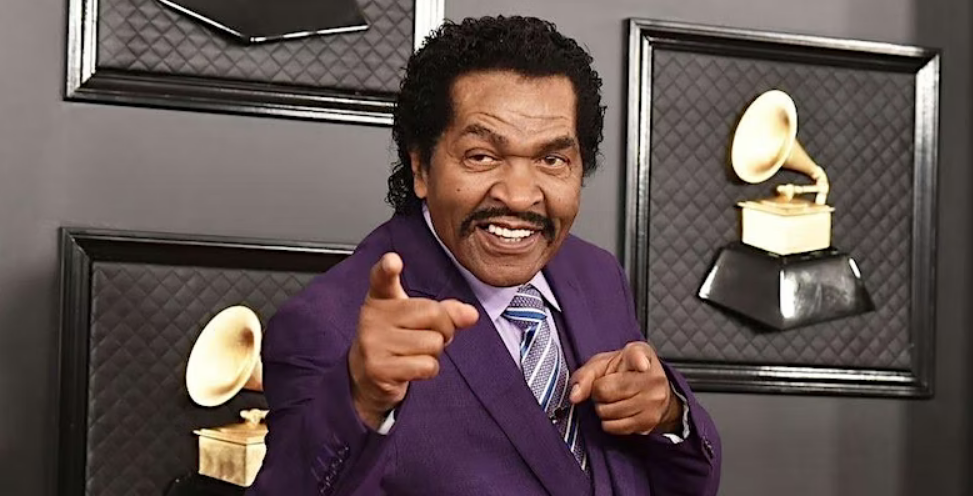 “WHY I SING THE BLUES”

Enjoy an up close and personal evening with Grammy Award winner Bobby Rush at the Historic Luez Theater in downtown Bolivar, TN on Wednesday, September 21 at 7:30pm.

Brought to you by DEVCO (Bolivar Downtown Development Corporation) in association with Danny Boy Entertainment, Bobby will perform live in an intimate venue off of the square. VIP passes available for balcony seating, food & beverage, and a private meet & greet with Bobby.

Bobby Rush has been making records for nearly 70 years and has more than 400 recordings, 75 career releases, and now 27 studio albums to his name. He’s finally told his story in his autobiography I Ain’t Studdin’ Ya: My American Blues Story in bookstores today via Hachette Books who have published Keith Richards, Buddy Guy, and Tina Fey to name a few. The book’s back cover includes testimonials from Mavis Staples, Dan Aykroyd, Talking Heads’ Jerry Harrison and ZZ Top’s Billy Gibbons; achieving feature stories in The New York Times Sunday Edition, The Guardian and NPR’s Here and Now. The literary media outlet Kirkus Reviews recounts “A fascinating story well told… A richly detailed account of a bluesman’s full life.”

But Rush, who turned 88 in November is not done yet. 2021 marked the 50th Anniversary of his Billboard R&B charting hit “Chicken Heads.” To commemorate the occasion Bobby Rush recorded four new versions in distinctly different styles with an array of prolific collaborators including Rock and Roll Hall of Famer Buddy Guy, Allman Brothers alum Warren Haynes’ jam-rock band Gov’t Mule, and from the new generation of blues stars and current GRAMMY nominee Christone “Kingfish” Ingram, plus Bobby Rush with his band showcasing the Southern Soul style they’ve performed it in their live shows for decades. The four cuts were included on a special Black Friday Record Store Day exclusive 12” vinyl and followed digitally in early 2022.

After earning a Grammy Award for Best Traditional Blues Album and a Blues Music Award for Album of the Year for his studio recording Porcupine Meat in 2017, he spent a year writing his follow-up. In 2019, at age 85, he released Sitting on Top of the Blues with 11 originals, earning him another Blues Music Award and Grammy Award nomination. Rush is one of the last Black bluesmen from the class to emerge out of and triumph in the 1950s, ’60s, and ’70s. He has recorded for more than 20 labels, from Checker/Chess and ABC to Philly Int’l and Rounder/Concord. To cap off 2019 he had a cameo in the Golden Globe-nominated Netflix original film Dolemite Is My Name, the Rudy Ray Moorebiopic featuring Eddie Murphy as Moore. Rush kicked off 2020 with the release of “Dolemite Kid,” a single inspired by his nine years on tour with Moore, his day working with Murphy, and the hit film itself.

With the release of his 2020 album Rawer Than Raw, an all-acoustic effort that pays tribute to the rich blues history of Mississippi, Rush has cemented his reputation as one of the preeminent bluesmen in the world, one of the last living links to the music’s glorious past, and an inspiration for its future stars. The album won a Grammy Award for Best Traditional Blues Album, his second Grammy Award and sixth nomination.

Partly inspired by the popular series of intimate solo concerts Rush has made a mainstay of his concert calendar in the years since his first all-acoustic album (titled Raw), Rawer Than Raw casts a spotlight on five Mississippi Blues Hall of Famers: early acoustic blues greats Skip James and Robert Johnson, and Rush’s contemporaries on the music scene of the ’50s and ’60s, Howlin’ Wolf, Sonny Boy Williamson II, and Muddy Waters. One song “Dust My Broom” was written by Robert Johnson, but caught Rush’s attention after it was recorded by Elmore James. The record features a half dozen covers of some of their best-known songs rendered in Rush’s own inimitable, acoustic style, characterized by wailing harmonica and a stomping foot to keep the rhythm.

In 1971, Rush broke through on the national charts with the lowdown funk grinder “Chicken Heads” for Galaxy Records. In recent years the song has been featured in the Samuel L. Jackson film Black Snake Moan and the HBO series Ballers. “Chicken Heads” producer Calvin Carter put out Rush’s ’72 follow-up “Gotta Be Funky” on his own On Top logo and then sold Bobby’s contract to Stan Lewis’ Jewel Records in Shreveport, La. Lewis issued several Rush singles before Bobby made the major label leap in 1974 with “Get Out of Here Part 1” for Warner Bros.

Rush Hour, a 1979 album for Kenny Gamble and Leon Huff’s Philadelphia International Records, should have made Bobby a huge star but didn’t receive its proper due until the 2000s, when Rolling Stone recognized it as one of the best blues albums of the ’70s. An encore LP was summarily shelved, and before long Rush moved back south to Jackson, Mississippi, which was fast becoming a last bastion of Southern soul-blues.

In 1983, Rush’s lascivious “Sue” on the LaJam imprint sold over a million records despite little mainstream airplay. During this period Rush established his reputation as King of the Chitlin’ Circuit, playing a minimum of 200 shows a year. He also cut a series of memorable albums for LaJam, Urgent!, Waldoxy, and his own Deep Rush Records.

In the new millennium, Rush made a late-career grab for mainstream recognition. He earned his first Grammy nomination for his 2000 album Hoochie Man. He was nominated in 2014 for Down in Louisianaand again in 2015forDecisions. In 2017, Rush earned his first Grammy win for his 25th studio album, Porcupine Meat, produced by Scott Billington for Rounder Records/Concord Music with guest artists Dave Alvin, Joe Bonamassa, Vasti Jackson, and Keb’ Mo’.

That same year Rush accomplished the rare feat of winning two Blues Music Awards for different albums: Album of the Year for Porcupine Meat and Historical Album of the Year for Chicken Heads: A 50-Year History of Bobby Rush. The latter, a career-spanning four-CD collection encompassing 74 recordings on 20 labels that he made between 1964-2014, also won the 2016 Living Blues magazine award for Best Historical Release.

In 2006, Rush was inducted into the Blues Hall of Fame. He is also a member of the Rhythm & Blues Music Hall of Fame and the Mississippi Musicians Hall of Fame. In 2008, he was honored with a marker on Mississippi Blues Trail. In 2019 a street “Rush Way” was named after him in Pine Bluff, Arkansas.

Thanks to his long memory and quick wit, Rush has long ranked as one of the blues’ best storytellers, a quality often on display in his live show as well as in interviews. Inspired by his first solo acoustic album, Raw, and performing more shows in recent years solo, which incorporate his masterful storytelling, humor, prolific guitar and harmonica playing, and soulful vocals, Rush introduced Bobby Rush: An Intimate Evening of Stories and Songs, a stripped-down performance that continues to provide a counterbalance to his bawdy full-band shows.